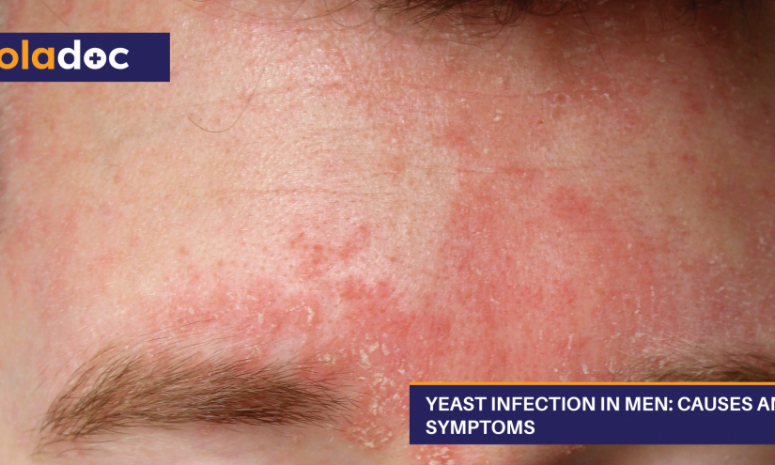 Most yeast infections are caused by and overgrowth of the normally harmless skin fungus Candida albicans. Previously thought to be exclusive only to females, yeast infections can also affect male genitals (usually the penis’ head), albeit much less than females.

Penile yeast infections can cause painful and sometimes embarrassing symptoms leading to serious complications if left untreated. Consult a urologist immediately if you have a yeast infection.

The skin is populated by various bacteria and fungi, all of which exist in harmony without causing any damage. However, when this balance is disturbed due to external or internal factors, some bacteria die out, resulting in others occupying their place; in this case, Candida.

The fungus then produces structures (hyphae) that penetrate skin tissue, causing irritation and a yeast infection. However, some yeast infections can also be external bacteria and viruses, like the streptococcus bacteria (strep throat and pneumonia) and herpes simplex, or human papillomavirus.

Penile yeast infections are commonly transmitted during unprotected sex with a woman already infected with a vaginal yeast infection. However, they are not classified under STIs as they are just as likely to self-develop on the penis’ skin.

Penile yeast infections can also result from regularly wearing tight-fitting fitting undergarments and prolonged exposure to a hot and humid environment, which increases moisture and allows the fungi to spread. Poor personal hygiene can also cause an infection. If you wish to improve this hygiene then consult the top urologist in Karachi as soon as possibe.

A penile yeast infection is commonly identified by:

Sometimes, a yeast infection may also affect the foreskin (candidal balanoposthitis), which often results in:

Sexual intercourse with a possibly infected partner presents the greatest risk of contraction. However, several other factors are just as likely to increase the risk of developing a penile yeast infection:

Infections that are treated early on and respond well to antifungal medication, the primary treatment for a penile yeast infection, and generally resolve within a week. However, you and your partner will both have to be treated, regardless of whether or not they are infected.

However, penile yeast infections in circumcised men that are not caused by either sexual contact or personal hygiene may indicate an underlying condition like diabetes. In which case, separate treatment for the condition is also required, and the infection may also recur.

Since the symptoms of a penile yeast infection are similar to those of most STIs, contact your doctor for a proper diagnosis instead of self-treating or outright ignoring.

You can also book an appointment with a top Urologist in Rawalpindi, Karachi and Islamabad through oladocx.com, for assistance to find the RIGHT Doctor for your urinogenital concerns.