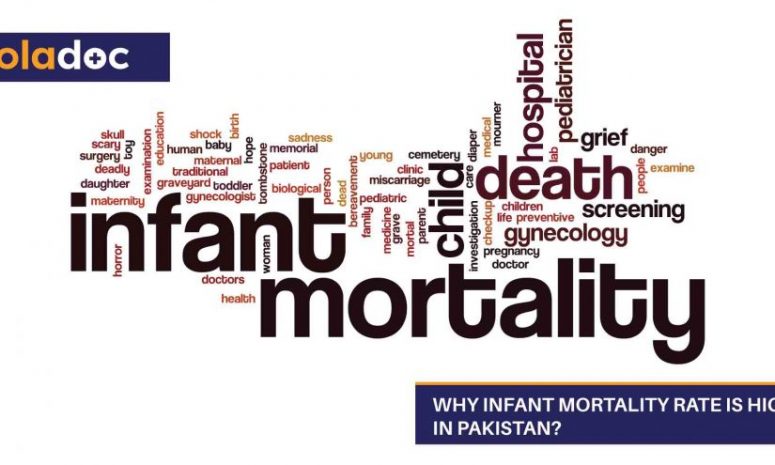 When it comes to healthcare, Pakistan is lagging far behind even in the list of developing countries. According to the UNICEF statistics, the child mortality rate in Pakistan is abysmal.

The health authorities in Pakistan attach little importance to the provision of safe delivery practices in the rural and far-reaching areas. The result is a high rate of infant mortality not only in the region but the entire world.

Comparatively, the infant mortality rate in the neighbouring countries of India, Nepal and Bangladesh are 61/1000, 48/1000 and 46/1000, respectively. So what exactly are the causes of this high rate of death amongst Pakistani children, read on to find out.

According to the Pakistan Medical Association, one of the causes of high infant and maternal mortality rates in Pakistan is unsafe delivery practices. Non-hospital deliveries on their own are not a bad practice, but in rural areas where they are combined with inexperienced midwives—dais and unhygienic practices, they can become a hazard to the baby and the mother.

Most of the causes of infant and maternal death are preventable. While much of the responsibility for this comes on the government officials responsible for providing healthcare, it is also the severe lack of education that is undermining the efforts. Interventions like proper immunization and childcare in the early stages can help save thousands of children.

Sepsis and asphyxia (choking on the birth cord) are other leading causes of death. Sepsis occurs when bacteria gain entrance into the body of the infant and start damaging organs.

About 50 percent of births are at-home births, and of these 72 percent are attended by untrained midwives or relatives. Because they are not trained and top paediatricians, they do not take measures to ensure that the baby survives. Harmful homecare practices include inadequate neonatal care, discarding of colostrum, failure to initiate breastfeeding and failure to keep the baby warm.

How to prevent infant mortality:

As mentioned before, most of the causes of infant and maternal mortality are preventable. Because Pakistan spends less than 1 percent of the GDP on healthcare, this problem is compounded by a lack of funds and trained personnel. Thus the first step in combating high infant mortality is to educate the healthcare providers and midwives in safe and hygienic delivery of babies.

Emphasis should be laid on initiating breastfeeding within the first hour of life, providing body heat, and not applying home remedies on the umbilical cord.

Regular immunizations and check-ups are important for neonates, so book an appointment with a top pediatrician in Lahore, Karachi and Multan through oladocx.com for assistance to find the RIGHT professional for your concerns.