Home Health Blog Prostate and Your Diet (Side B): 6 Foods to Avoid With Benign Prostate Hyperplasia 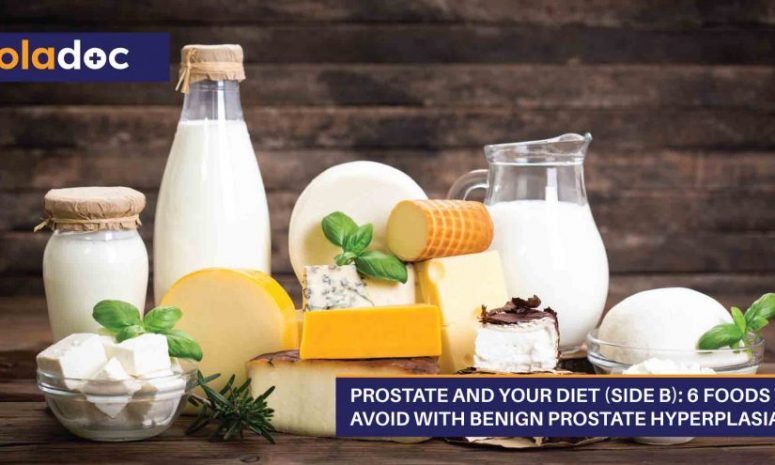 Diet is an important part of any treatment plan, including Benign Prostate Hyperplasia (BPH): a condition that causes the prostate gland to enlarge in men, resulting in many urinary issues and increasing the risk of prostate cancer. Knowing the foods that are good for your BPH¸ and foods that aren’t can help with managing the troublesome BPH-induced symptoms. Here we’ll focus on the foods you should avoid in order to keep prostate inflammation and progression under control:

Book an appointment with a top Urologist in Lahore.

Coffee and all other caffeinated beverages should be avoided entirely by sufferers of BPH. This is because caffeine is a known diuretic that increases urine production, which fills up the bladder faster, resulting in drastically increased urinary urgency, and the number of times you urinate in a day. Drinking caffeine late at night amplifies the effects.

The theoxanthine present in abundance within caffeine also contributes towards increased urinary urgency by irritating the bladder. Chamomile or Green tea are much better alternatives; with additional detoxification benefits.

The second-worst food for an enlarged prostate, consuming beef, mutton, and/or lamb on a daily basis amplifies the risk of prostate enlargement. Even small amounts of meat significantly raise the levels of arachidonic acid, a chemical that causes inflammation that worsens BPH symptoms. Substitute red meats for fatty fish like salmon, whose omega-3 content makes it beneficial for prostate health.

Like red meats, eggs also contain large quantities of arachidonic acid which adds to the amount already present in the bloodstream to cause prostate inflammation and irritation. However, being good sources of protein and other diet-essential nutrients, egg whites can be consumed in moderation as they contain less arachidonic acid content than the yolk.

A diet rich in high-salt foods has adverse effects on the urinary tract, resulting in frequent urination and unbearable urges that may even lead to urinary incontinence (lack of control over urination). Similarly, Processed, MSG-rich, and sugary foods put pressure on the prostate by increasing inflammation. Try to reduce your sodium intake and avoid processed items altogether.

Despite being a staple of the South Asian diet and proven cancer-killing agents, the abundant peppers and spice added to foods can have adverse effects on prostate health in some men with BPH. Spicy foods can act as bladder irritants like caffeine and worsen urinary symptoms, particularly urinary urgency.

While a good, balanced diet is a necessary accompaniment to medicinal BPH treatment, always consult with your doctor before making any dietary changes to make sure they don’t interfere with any medication.

You can also book an appointment with a top Urologist in Karachi, Lahore and Islamabad through oladocx.com

foods to avoid with enlarged prostate