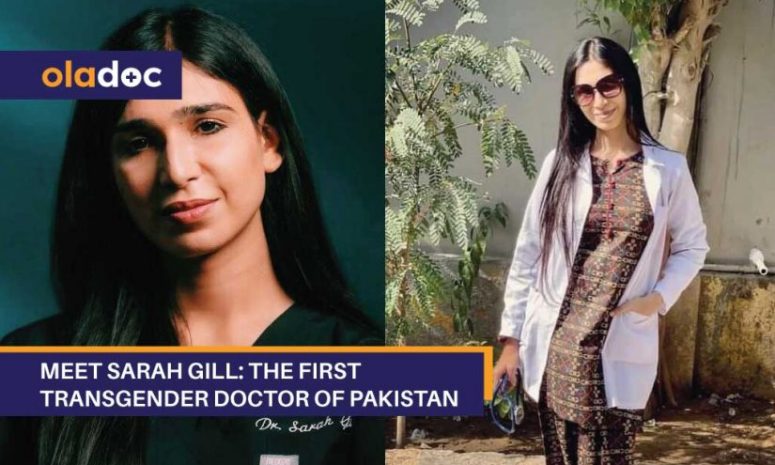 23-year-old Sarah Gill made history by becoming the first transgender doctor of Pakistan. Get to know about Sarah and her inspiring story of immense courage and determination against all odds.

Who is Sarah Gill?

Sarah Gill is a 23-year-old transgender doctor in Pakistan. She recently passed her MBBS exams from Jinnah Medical and Dental College, Karachi. In doing so, she became the first transgender doctor of Pakistan. This is definitely a proud moment for all Pakistanis, especially the downtrodden trans community of the country.

She has been modeling since 2010 and her new film is due to release in December 2022. Sarah is working with WHO and other NGOs for the welfare of the transgender community of Pakistan. She has represented Pakistan in 52 different countries so far.

Disowned by her parents in her teens, Sarah was forced to leave her home without any food, shelter, or money. She had to face several obstacles along to way to become a medical student, and eventually a doctor, but she survived.

Her determination to stay steadfast and focused on her goals despite the overwhelming pressure on her shoulders from a society that rejected her is something that needs to be appreciated.

Many people, as well as a handful of influencers, commended her on achieving her milestone on Twitter. Here are some of their tweets:

According to Sarah, this is just the beginning and things will change for the better. In her own words:

“There are a lot of Sarah’s out there and I want to motivate them. It was a hard journey for me but you should never give up.”

Sarah’s plight is proof of the fact that we still have a long way to go for the restoration of LGBTQ community rights in Pakistan.

We must understand that transgenders are humans too, and they deserve equal rights and opportunities like the rest of us. More power to Sarah Gill and all the other transgenders in Pakistan striving every day to achieve their dreams!