Home Health Blog I, Me, Mine: Understanding Cluster B Personality Disorders 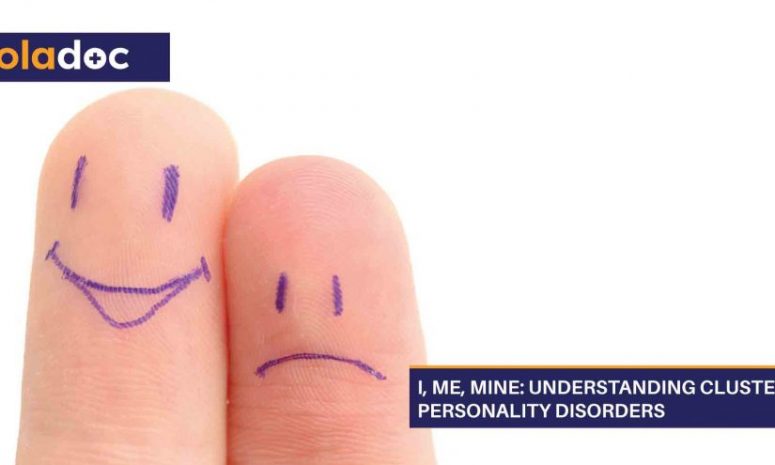 A personality disorder is defined by thoughts and behavior that have a negative impact on the lives of the affected individuals and possibly harming those around them. Following the eccentricity and delusion-driven Cluster A disorders, Cluster B disorders are governed by dramatic, impulsive, and erratic behaviors, along with emotion regulation difficulties. Book an appointment with top psychiatrists in Pakistan.

The 4 disorders categorized under this cluster are:

One of the most well-known and well-researched personality disorders, BPD is a ‘black-or-white’ disorder, in which affected individuals perceive things as either completely positive or negative, resulting in a gross misinterpretation of others’ actions and motivations.

Moreover, self-esteem issues trap BPD individuals them in a repetitive cycle of anger outbursts, guilt, and reactively indulging in impulsive behaviors like self-harm, binge-eating, and overspending. Although employed as coping mechanisms, such self-destructive habits make for highly unstable relationships. Other characteristics include:

Lack of empathy and sympathy are the cornerstones of antisocial personality disorder. Such individuals are often described as deceitful, manipulative, aggressive, and impulsive; to the extent of frequently placing themselves (and sometimes others) in dangerous or risky situations without considering the legal and social repercussions.

In most cases, the disorder’s first signs appear during childhood. Psychopathy was once a common diagnosis of the disorder, although health professionals still employ a ‘psychopathy checklist’ to facilitate diagnosis. Other characteristics include:

Those diagnosed with the disorder use highly sociable behavior and exaggerated, almost theatrical emotional reactions, such as laughing louder than necessary or sobbing uncontrollably over trivial issues, as a shield to ward off their social insecurities and self-worth issues.

Such individuals crave attention, often utilizing their physical appearance by dressing and acting seductively and flirtatiously; getting depressed, even suicidal, when kept out of the limelight. Other characteristics include:

Narcissists suppress their self-worth issues by sporting grandiose delusions of being exceptionally talented, brilliant or attractive. As a result, they disregard others’ abilities, expect special treatment and admiration but do not reciprocate the favor, manipulate others for their own gains, and come across as arrogant and haughty.

Intense anger and shame, often projected onto others, accompany the eventual realization of their actual skills and abilities. Other characteristics include:

You can book appointment with a top Psychiatrist in Lahore, Multan and Rawalpindi through oladocx.com  for assistance to find the RIGHT Doctor for your mental health concerns.

cluster b and me