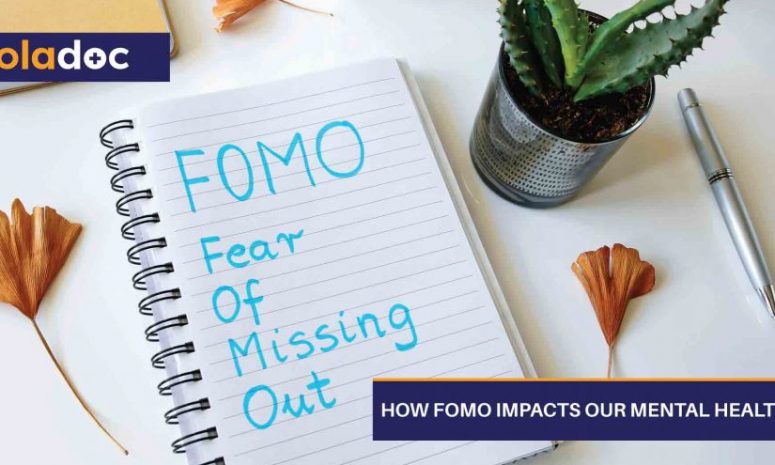 A real phenomenon causing significant stress in life is the ‘fear of missing out’ or FOMO. While it can affect just about anyone, certain people are at higher risk. Read on to know more about the impact of FOMO on our mental health:

Following the prevalence of social media, a deep sense of envy and self-esteem issues arise whenever people compare their lives to others. The perception that other people are having more fun than you, is what the Fear Of Missing Out refers to.

FOMO creates a feeling that you are missing something fundamentally important and there are many more exciting experiences that others are having—and you are not! As a result, there is a feeling of envy, helplessness, and anxiety.

Since the beginning of time, man has been envious of other men, therefore, the concept of FOMO has been around for centuries—even present in the ancient texts.

In fact, it is a part of every culture and every region. However, the advent and prevalence of social media have accelerated this phenomenon. Not only does FOMO lead to anxiety, but it also changes what you perceive as normal, making you think you are doing worse than you are.

How does FOMO affect the mind?

The impacts of FOMO are not limited to physical health but our mental health also gets impacted. Research shows that FOMO can enhance a feeling of inferiority, negativity, and depression. It is estimated that in a few years, depression will become a top health concern, and partial liability of this lies in increasing social media use.

The negative effects of FOMO are many; with the increasing usage of social networking, across the board, people of all ages, and walks of life are impacted. Research shows that phubbing, FOMO, and problematic behavior among adolescents stem from increased usage of social media.

According to research analysis, the foundation of FOMO lies in psychological deficits in the competence of people and their relatedness needs. To satisfy these needs, people turn to social media applications, which provides them with a stream of informational rewards.

In a way, FOMO enhances social media addiction, because it creates a compulsive desire to stay connected to the lives of other people and view the world through a virtual window.

The representation of peoples’ life on social media is a distorted version of life because it depicts only the perfect bits, and not the whole, accurate picture. Some can even say that it is a kind of false reality. This ‘false reality’ creates in people, a sense of dissatisfaction and FOMO.

FOMO can worsen existing mental health problems, like exacerbating inferiority complex, reduced self-esteem, loneliness, mood swings, and social anxiety. The latter can impact the way one interacts with others in a face-to-face situation. Moreover, FOMO negatively impacts academic performance and the motivation to do better.

People who are addicted to social media have a high fear of missing out. This fear keeps them less focused on themselves, and more focused on what other people are doing. Consequently, their sense of identity diminishes and they struggle with low self-esteem.

Furthermore, the focus on other people’s lives—including those of friends or celebrities—keeps them from living their own life. People spend hours watching the day-to-day activities of other people, hooked on their social media, and end up feeling worse about themselves.

One consequence of FOMO and addiction to social media is the rampant use of drugs and other illegal substances in order to keep up with friends and social media stars.

Teenagers and adolescents can feel the pressure of being ‘cool’ and often mimic their peers and stars. This dependency on social media and curiosity to see what other people are doing can extend to the point where anxiety can occur.

A survey in Australia found that 50 percent of teenagers had anxiety if they did not keep up with their friends’ social lives. Another 60 percent said that they felt worried if they found their friends having fun in their absence.

How to cope with the impacts of FOMO?

To deal with FOMO, teenagers and adults need to be taught mental exercises, to get over the negative thought pattern, and reframe their thinking.

In case a negative thought process is triggered, people should recognize these thoughts for what they are, and redirect their mind into thinking something positive. Another way is to pencil these thoughts in a journal and establish a pattern associated with them. This way they can analyze what makes them think negatively, and change that thing about themselves.

Another simple cure for FOMO, and the anxiety it brings, is to take social media breaks. Ever noticed how many celebrities go on a social media hiatus, and how much better they feel afterward? Well, you can also apply this cure in your life.

The key is: not only to disconnect from social media, but also to practice something else that’s more productive, like reading a book, or doing some baking—anything that helps keep the focus away from FOMO and social media.

If you feel that your mental health is taking a toll due to FOMO, then seek professional help and book an appointment with top psychologist in Lahore, Karachi, and Rawalpindi through oladocx.com,  for assistance to find the RIGHT professional for your concerns.