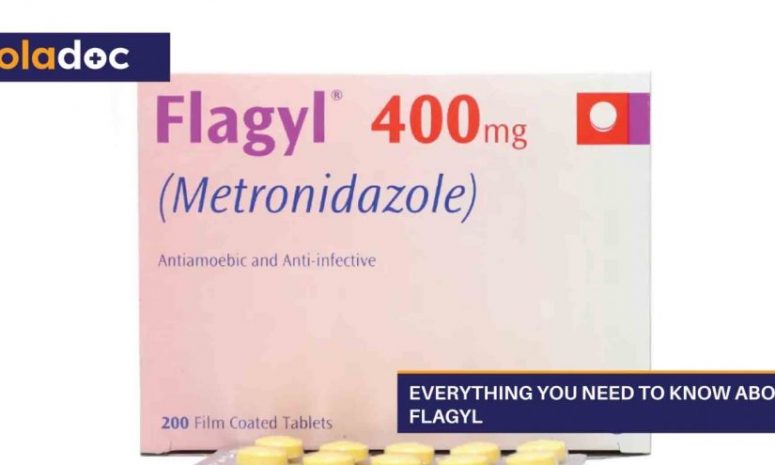 Flagyl is classified as metronidazole, which is a class of drugs that have both antibiotic and antiprotozoal properties. Flagyl however, does not contain anti-viral properties and thus does not put a defense in case of viral infections.

It works by stopping the growth and proliferation of bacteria and protozoa. It is generally taken in the aftermath of attack on the gastrointestinal tract by the pathogens, but not exclusively so. Flagyl can be taken orally, via injection, or can be topically applied as well.

Flagyl is chemically classified as metronidazole, which is a composite of antibiotic and antiprotozoal drugs.

What are the Available Forms of Flagyl in Pakistan?

Flagyl is available in various forms and can be used as per the convenience and condition of the patient. The available forms of metronidazole include:

There are different strengths present of metronidazole that vary across the different mediums of drugs. These include:

Most often, in case of diarrhea and similar conditions in adults, the dosage recommended is 500mg, 3 times a day.

How to take Flagyl?

Flagyl can be taken on an empty stomach, or you can also take it after consuming food. It is imperative for the patients to inform the doctor or nursing staff if they get stomach ache or nausea after taking the medicine, as they might be suffering from gastritis, unbeknownst to them.

Moreover, the tablet should be swallowed whole, without crushing or chewing. Thus, take it with a glass of water to ease the passage of the pill.

The dosage of the medicine or strength should not be self-administered. Follow the prescription and the guidelines appointed by the doctor. Self-regulation of Flagyl can lead to other complications, and therefore should never be an option.

Also, before stopping its usage, or after completing the requisite doses of the medication, talk to your health care provider.

What are the Uses of Flagyl?

What are the side effects of Flagyl?

Flagyl is a composite of different chemical compounds, which can lead to different side effects in the body. Drugs, in general, can have trade-offs, and thus should only be taken at the doctor’s discretion.

Some possible side-effects of Flagyl include:

What are the risks and warnings for Flagyl?

People may be allergic to metronidazole, and therefore, consumption of Flagyl leads to an allergic reaction in the body. Tell your doctor about any such allergies. As metronidazole is available under different brand names as well, thus be sure to read the chemical composition of the medicine before taking it.

Allergic reactions can be mild, causing rashes, wheezing, hives etc. or they can be severe as well, known as anaphylaxis.

In anaphylactic shock, as the body comes in contact with the allergen, the reaction is triggered in the body, symptoms of which include breathing difficulty, disorientation, nausea, vomiting, etc. If not treated in time, anaphylactic shock can be fatal as well.

It is vital that Flagyl be given to patients when the bacteria are sensitive to the drug. Otherwise, the condition will not be abated, and one can then have antibiotic resistance. This condition results due to abuse of antibiotics; bacteria develop resistance to the drugs, and thus renders it useless.

People with a history of seizure or renal impairment should not consume Flagyl, as intake of the drug can trigger seizures.

Moreover, people with a history of conditions like brain tumors, brain injury, or cerebral atherosclerosis that result in seizures should take Flagyl with caution, lest it too triggers a seizure.

In this endeavor, patients should disclose their medical history in detail to the medical practitioner to prevent unwanted consequences.

Kidneys perform the vital task of removing waste and toxins from the body. Without this natural filtration process, these harmful substances build up inside of the body, leading to all sorts of complications, and even death in extreme circumstances.

As drugs further impose on the kidneys, anyone with impaired kidney functionality will not be able to tolerate high dosages. Thus, if you have kidney problems, you must disclose them to the doctor so they can monitor your dosage accordingly.

The liver is involved in the metabolism and excretion of drugs in the body. If the liver is unable to function well on account of some condition, it can cause a buildup of the drug inside of the body, leading to grave consequences.

Therefore, people with liver diseases should take Flagyl with caution.

Flagyl can aggravate pre-existing mental conditions like anxiety and depression. People suffering from these ailments should not only take the medication with caution but also inform their healthcare provider of such problems so that appropriate dosage of medication is prescribed.

You should not mix alcohol with metronidazole as the combination of two can have severe effects on the body.

As Flagyl can aggravate Peripheral neuropathy, it is suggested that patients suffering from it do not take it.

Do not use Flagyl during periods, as it may affect and hamper the absorption of the gel.

Pregnant and lactating mothers are not advised to take Flagyl, unless approved by the doctor, as it can harm the baby’s health.

For people using anticoagulants for thinning their blood, or those having any blood disorder, it is recommended that they take Flagyl at the discretion of the doctor.

Interactions between Flagyl and other medications

Flagyl can interact with other drugs that you may be taking. Drug interaction does not mean that you disband the use of the drug without consulting the doctor, but instead, disclose it to your doctor and follow their advice.

Drugs that interact with Flagyl include:

To prevent this scenario, tell your doctor about your preexisting conditions and your drug regimen so that the medication and its dosage are prescribed accordingly.

What is the price of Flagyl in Pakistan?

How to get Flagyl in Pakistan?

To be able to buy the medicine, you should take your latest prescription authorized by a doctor to the pharmacy. Similarly, when buying Flagyl syrup for children, you need to have a doctor-signed prescription on you to present to the pharmacist.

What medicines are available as alternatives to Flagyl in Pakistan?

The alternative names of Flagyl include:

Flagyl is used to treat a wide range of medical conditions; from UTIs to GI tract infections. It is effective against bacteria and protozoa. However, it is imperative to not self-administer the medicine. Instead, visit your health care provider and follow their dosage instructions to avoid any adverse effects to the body. When visiting the doctor, be sure to disclose your medical history well, to avoid any unwanted drug interactions or side effects.

In order to consult a doctor before using Flagyl, make sure to use Oladocx.com