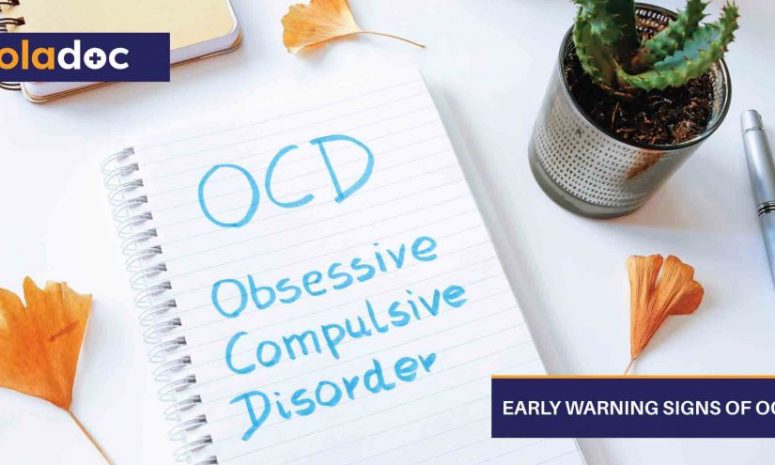 While some of our habits can be attributed to our personality or preferences, sometimes they may hint at obsessive-compulsive disorder (OCD), which is a condition characterized by obsessive thoughts. While it is completely normal to double check if you locked your car or turned off the stove, patients suffering from OCD are consumed by obsessive thoughts and compulsive behaviors. The disorder interferes with their life and it  is very difficult to just toss those thoughts. Since its normal for the symptoms to be unrecognizable at first, OCD is also referred to as “the secret disorder” sometimes. Here are some early warning signs of OCD:

Frequently washing hands and using a hand sanitizer is a big tell tale sign of OCD and in fact “washers” are a commonly accepted category of obsessive-compulsive disorder patients. This compulsive behavior usually arises because of a fear of germs, but sometimes it also stems from the feature of being immoral or impure. So, if you or someone you know worries about germs even after washing hands or have unfounded fears about diseases, it could be a sign of OCD. Other warning signs include complicated hand washing routines such as needing to washing several times a day and getting soap under each nail.

OCD patients falling in the “washers” category are also sometimes obsessed with cleaning. The fear is often rooted in fears of germs or being impure. Going overboard with cleaning can be related to OCD.

3-Locking Yourself Inside Your House:

Some patients suffering from OCD find it difficult to leave their house. In a lot of cases, patients feel that they can’t go anywhere unless their house is clean enough, and as per them, it’s never clean enough. This becomes a vicious trap, causing the patients to indulge in self-destructive behavior.

If one of the partners is suffering from OCD, it could put a strain on the relationship because of their eccentric behavior, unreasonable requests, and refusal to leave the house. While each case is different, not caving into to the demands of your partner may help diminish their anxiety.

Excessive checking of things, such as ensuring that the doors are locked multiple times, is also one of the most common compulsions associated with the disorder. Checking also stems from a variety of obsessions, such as the fear of being an irresponsible individual and the fear of getting hurt.

OCD patients also sometimes have an urge to organize things to the level of perfectionism. This behavior often stems from an obsession with order and symmetry. While it’s perfectly normal to keep everything neat and organized, but when you do it because of anxiety, it could be a sign of OCD.

Recognizing the signs and symptoms of OCD early on and seeking help can prevent the symptoms from getting worse. Treatments and self-help strategies can help you shake irrational thoughts and regain control of your life. If you feel you or a loved one is suffering from anxiety, consult a Psychologist right away.  You can find and book an appointment with top Psychologists in Lahore, Karachi, and Islamabad through oladocx.com. You can also  for assistance to find the RIGHT Doctor for your health concerns.