Home Health Blog Do You Have These Traits Common In Highly Intelligent People? 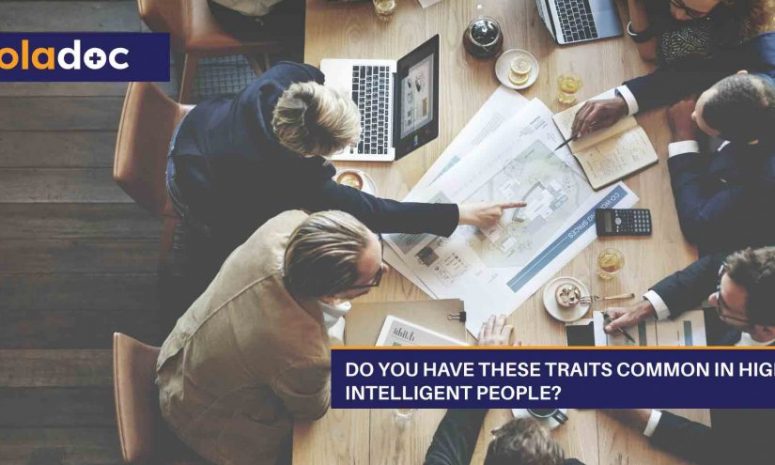 It’s not just the high IQ scores that define highly intelligent people, it is in fact the presence of many other characteristics that sets them apart from other people. Let’s take a look at what these characteristics are:

Smart people adapt themselves to survive in any setting. They are flexible beings who achieve goals despite the impediments. Not only do they get things done on their own despite the restriction placed on them, but they also teach other people to get the best out of every situation.

Infact, now psychologists agree that adaptation of the brain to the environment is actually a key to understanding what intelligence is and what it does.

There are various examples of adaptation, for instance, a student who learns to adapt well in school in order to do better; another example can be a physician who is treating a patient with unfamiliar symptoms. In conclusion, adaptation requires making a change in oneself in order to cope efficiently with the changes in the environment and doing well.

According to neuropsychologist, Dr. Katie Davis, creativity is a definite sign of intelligence. Creativity requires thinking outside the box and using multiple brain skills. Creative people have the ability to change their pattern of thinking and be more insightful. In comparison to ‘book smart’ people, creative people have the ability to do tasks in a more memorable, and compelling manner.

Creativity tends to make people more open-minded as well. For instance, creative people are more likely to listen to alternative solutions and consider the views of others. They do not close themselves to new ideas or even opinions. Therefore, their ability to look for opportunities is very honed as they are open to alternatives.

According to psychologists, creative and open-minded people who are thoughtful of others’ viewpoints and opinions tend to score higher on SATs and other intelligence tests.

Nevertheless, smart people are careful about which idea or opinion they adopt themselves. Because of higher analytical abilities, creative and open-minded people do not take things on face value and consider several presenting pieces of evidence before giving their own opinion.

One of the signs of smart people is their insatiable curiosity. A mind that questions, is a mind that thinks. Even Einstein said that he had no special talents, but was only ‘passionately curious’. What others may take for granted, sparks an interest in intelligent minds.

Infact, childhood intelligence could be linked to intellectual curiosity and openness to new experiences in adulthood. Moreover, feeding this curiosity could actually play a great role in cognitive growth. The ‘want’ to learn sets smart people apart from merely those who ‘have’ to learn.

Researchers followed a study group of thousands of residents of the UK, for fifty years and concluded that children who scored a high on the IQ tests turned out to be adults with more openness to new experiences.

Another research in psychology from Georgia Tech proved that those with more curious and open-mindedness were more tolerant of ambiguity; this is simply because this acceptance requires a sophisticated thinking style that the intelligent people possess.

They know how much they don’t know:

You don’t have to be a know-it-all to be intelligent. Infact, it is smart to admit what you don’t know something and be willing to learn it, instead of pretending you know. Smart people do not have hang-ups about their learning abilities, unlike other people who may have the ability to learn but not the inclination.

Highly intelligent individuals have more self-control. Instead of being impulsive, they plan strategies, explore alternatives and clarify goals. They are, thus, more goal-oriented.

Smart people think through their plans and can wait long term to achieve their goals. A 2009 psychology study from Yale University indicated that smart people resist making impulsive choices and carefully weigh the pros and cons before making decisions.

Smart people also make smart jokes. A 2011 study from the University of New Mexico showed that professional comedians and those who wrote funny cartoon captions scored higher on verbal intelligence. Witty and intelligent people often have amazing come-backs, as we often see in our lives as well.

A study from the University of Minnesota shows that messy people are smart! It was seen through research that those who worked in a cluttered environment as compared to a tidy setting, brainstormed substantially more and were more creative.

Get your IQ and EQ scores and seek professional help on how you can improve your mental health and cognitive abilities.

Book an appointment with top psychologists in Karachi, Lahore and Rawalpindi through oladoc.com, or call our helpline at 042-3890-0939 for assistance to find the RIGHT professional for your concerns.