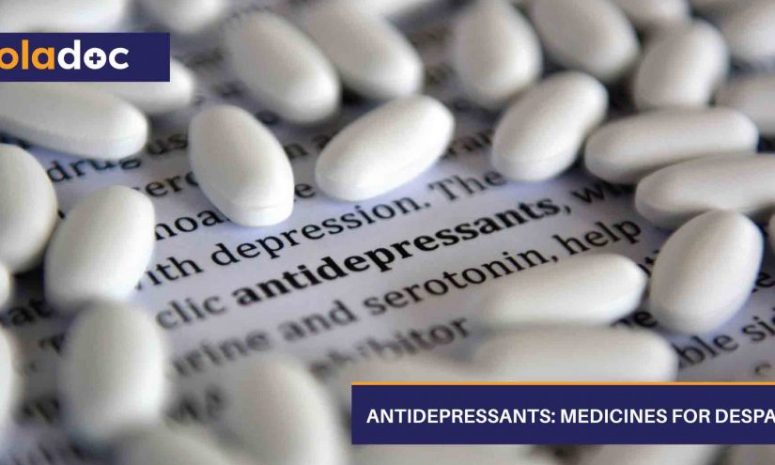 First developed in the 1950s, antidepressants are the painkillers of mental illness; they provide instant relief from depressive and anxiety-inducing symptoms, along with other mental health conditions by balancing neurotransmitter levels (chemical messengers between the brain and other organs) responsible for mood and emotion in the brain.

Antidepressants are divided into 5 main categories:

The most commonly prescribed antidepressants with very few side-effects, SSRIs were developed in the 1980s, and work to stabilize moods and emotions by blocking the brain’s absorption of serotonin (the ‘happy’ chemical), hence improving the message-sending abilities of the brain cells.

An enhanced form of SSRIs, these drugs were developed in the 1990s to affect not only serotonin, but also elevate nor-epinephrine (the stress hormone) levels for mood elevation and symptom relief for anxiety and depression.

With side-effects similar to SSRIs, these medications are commonly prescribed to people who are unresponsive or unable to take SSRIs. In addition to anxiety and depression, NASSAs are used for the treatment of some personality disorders.

The oldest form of antidepressants, tricyclic antidepressants (developed in the 1950s) were used to treat certain anxiety disorders, major depression, fibromyalgia and control chronic nerve pain. However, due to their wide-ranging side-effects, the use of TCAs has since been drastically reduced.

MAOIs help alleviate symptoms of depression and anxiety by inhibiting the serotonin breakdown abilities of mono-amine oxidase, a brain enzyme, resulting in increased amounts of serotonin for bloodstream circulation, and mood stability. However, due to extreme side-effects and possibly fatal reactions to various foods, medication, and decongestants, these drugs are prescribed only as a last resort when treatment via all other antidepressants fails; with a strictly-monitored prescription period both during and after the treatment’s completion.

Prescribed in tablet form at the lowest possible dose, the medications take effect within 3 months of use, although treatments should be continued for at least 8 months in order to avoid a relapse, one or more recurrences of depressive symptoms require a 24-month treatment period, while regular recurrences need continuous treatment.

For effective treatment, patience and adherence to the prescription are necessary. This includes taking the exact prescribed dosage of your medication on time, attending follow-up appointments, and avoiding medication abuse, as it increases suicidal tendencies.

However, if the medicine proves to be ineffective after 3 months, consult with your doctor, as you might require a different antidepressant, a higher dosage, or an additional therapy such and Cognitive Behavioral Therapy (CBT).

(The symptoms are, however, more severe compared to other antidepressants)

Antidepressants are not addictive, and hence do not present any withdrawal symptoms when stopped, although some users of SSRIs and SNRIs might experience mild symptoms such as anxiety, dizziness, nightmares or vivid dreams, electric shock-like sensations, flu-like symptoms, and abdominal pain, lasting between 2 weeks-2 months. However, dosage should be reduced gradually under a doctor’s supervision.

Should You Take Them?

While antidepressants are life-saving drugs for people with major depression-whose condition negatively affects their daily lives-those with mild to moderate depression might choose alternative treatment methods such as psycho- or alternative therapy, yoga, and other forms of exercise, or continue their medications alongside these alternatives.

Moreover, pregnant and breastfeeding women with pre-or postnatal depression, or a preexisting medical condition should consult with their doctors on the advantages and disadvantages of continuing SSRI use, as well non-medicinal alternatives, since antidepressants have been known to cause miscarriages and labor difficulties during pregnancy, and damage to the liver and kidneys of infants in breastfeeding women. To make sure these meds will not interfere with your regular life consult an internal medicine doctor in Karachi as soon as possible.

Since antidepressants do not treat the cause, relying on them alone might not produce long-term results. If you suffer from depression, consult with a Psychiatrist to find the right combination for you.

At oladocx.com, you can find a Psychiatrist in Rawalpindi, Karachi, Multan and get an appointment.