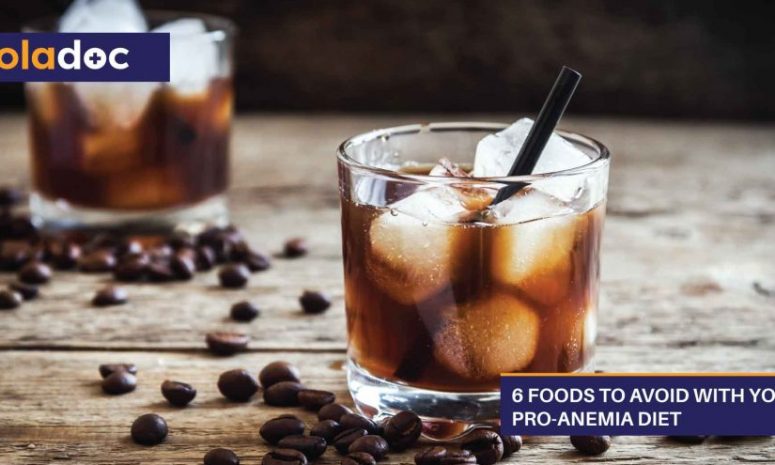 Anemia is a medical condition characterized by chronic fatigue, dizziness, and breathlessness, among other symptoms, due to a lack of red blood cells; and oxygen, as a result. Nutritionists say that a good diet rich in iron, folate, and vitamin B12 is a first-line treatment for the condition.

However, certain foods can hinder the absorption of these nutrients, hence cancelling the nutrifying effects of anemia-friendly foods. Here are some foods you should avoid with your pro-anemia diet:

These naturally occurring substances are found in many plant-based foods, and interfere with the absorption of iron from non-heme (a form of iron found in plants and fortified foods) sources, particularly leafy, vegetable sources.

Representative food sources include grapes, and black, green and rooibos tea. However, these teas need not be avoided entirely. You must simply switch consumption from meal times to between meals. Also, they do not inhibit iron absorption in heme (a form of iron found in meat, poultry, and seafood) sources.

2-Limit your Coffee and Alcohol:

Not only do the tannins in coffee and wine inhibit iron absorption, but taking any of these drinks in excess also greatly inhibits folate absorption, which is also necessary for manufacturing new red blood cells.

However, you can still take coffee at least 1 hour before or after a meal, as it only affects absorption when consumed simultaneously with iron and folate foods.

Those suffering from celiac disease are unable to absorb the protein gluten, which in turn damages the intestinal wall. Celiac disease is also a major cause of anemia, which is why people with both celiac disease and anemia should avoid gluten-containing foods at all costs.

Some examples of foods rich in the protein include wheat, barley, rye, oats, and foods that are made of, or contain gluten; even in trace amounts.

Phytates and phytic acid are antioxidant compounds found in foods that are high in fiber. They bind with iron when ingested together with iron-containing items, rendering them unusable by the body. In fact, as little as 5-10 mg of phytates can interfere with the absorption of iron by 50%.

However, soaking phytate-containing foods before cooking can help remove or reduce their iron-binding properties. Some of the most popular phytate foods include white and brown rice, white flour, whole-grain wheat, legumes, and nuts.

Dairy products like milk, cheese, and yogurt are high in calcium, may be necessary for good bone-strength, but can be detrimental to someone with anemia. This is because calcium limits the amount of iron that can be absorbed by the body, particularly when consumed alongside iron.

However, calcium foods are necessary for overall health, and should therefore be consumed at different times of the day separately from iron-rich foods. Other food sources of calcium include beef, fish, beans, and calcium-fortified bread. To get a clearer picture of your own requirements make sure to visit the best stomach specialist in Multan.

Along with being high in calcium, this popular alternative health food also contains phytic acid, and a protein-like molecule exclusive to soy. All three of these factors make soy highly dangerous for someone with anemia, and should therefore, be avoided entirely.

However, like tannin, soy and soy food products only affect absorption of non-heme iron obtained from plant and vegetable sources.

While anemia can easily be managed with a few dietary changes, always consult with your doctor for a proper diagnosis. Also, avoid taking iron supplements without a prescription and proper instructions, as overdosing on iron supplements can lead to often fatal ‘iron toxicity’.

You can also book an appointment with a top nutritionist in Karachi, Lahore and Islamabad through oladocx.com,  for assistance to find the RIGHT Doctor for your anemic concerns.