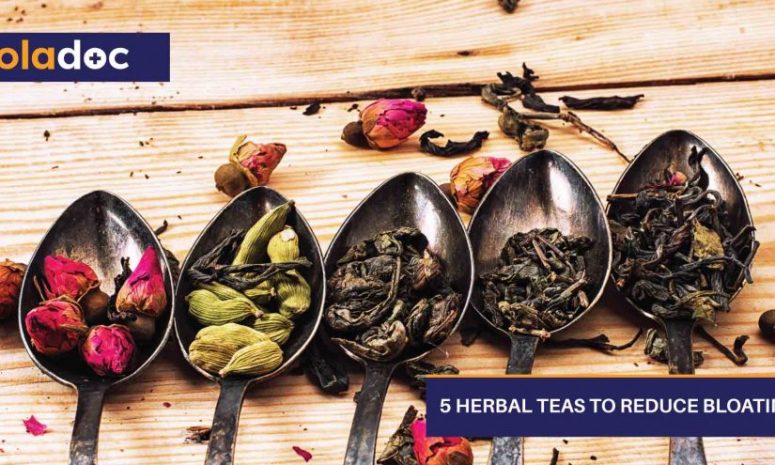 With Ramazan approaching, it is a great idea to amass all the provisions that combat bloating. Bloating occurs in almost 20-30% of the people and could be due to anything from food intolerance, eating extra salty food, to imbalanced intestinal bacteria, to overeating.

Natural remedies like herbal teas have been used since an era to relieve indigestion and bloating. Here is a list of our nutritionist-approved herbal teas that help to reduce bloating:

Ginger is a great digestive aid. It has been used since ancient times to cure a host of digestive tract ailments. Because of its prokinetic and promotility properties, it can effectively cure bloating and other indigestion issues. If taken before meals it also helps to stimulate digestive enzymes, thus preventing bloating from occurring in the first place.

Moreover, it increases the metabolic rate of the body and encourages regular elimination from the body. It also decreases inflammation occurring in the body including the intestines.

To make ginger tea: steep a half-inch slice of peeled, fresh ginger in boiling water for five minutes. Strain and drink half an hour or so before a meal. You can also add some lemon juice to make it more flavorful.

Fennel is a greatly used herbal plant in our region. It has been used since centuries in alternative medicine for a wide range of diseases—including digestive issues. Its use dates back to the time of ancient Egyptians, where it was used to cleanse the breath and provide relief from gastric issues.

Fennel combats flatulence and bloating, by relaxing the muscles of the digestive tract and also stimulates bile production, thus making digestion of fatty foods easier. Fennel seeds can also be chewed after a meal for their benefits, and their tea can also be brewed.

To make the tea: steep a teaspoon full of crush fennel seeds in water for five minutes, strain and drink.

Chamomile belongs to the daisy family. Chamomile can prevent infections with H.pylori bacteria, and treat intestinal and digestive issues like gas, diarrhea, nausea and vomiting. Chamomile tea is rich in flavonoids, which are beneficial for health.

To make the tea: steep 1 tablespoon of dried chamomile (or 1 tea bag) with one cup of water for ten minutes. Strain and drink.

Chai helps to boost the immune system and improves digestion. Traditional chai tea is rich in ginger, liquorice and fennel seeds, which we have mentioned before. Chai tea is therefore great for the prevention of bloating. Cinnamon can also be added to chai tea for enhancing its flavour and benefits.

This root is also widely used in our region for a number of its benefits. Known locally as ‘mulethi’, this root is a great remedy for digestive discomfort, stomach ulcers and heartburn. It also helps to combat water retention and bloating.

It is rich in anti-inflammatory agents such as the flavonoids, which help treat many of the stomach conditions. Use this tea after consulting your doctor, and don’t drink for more than a week. To brew the tea, use deglycyrrhizinated liquorice or DGL.

If you need a more expounded guide on what to eat during the Ramazan and how to avoid bloating, then book an appointment with top nutritionists in Lahore, Karachi and Islamabad through oladocx.com