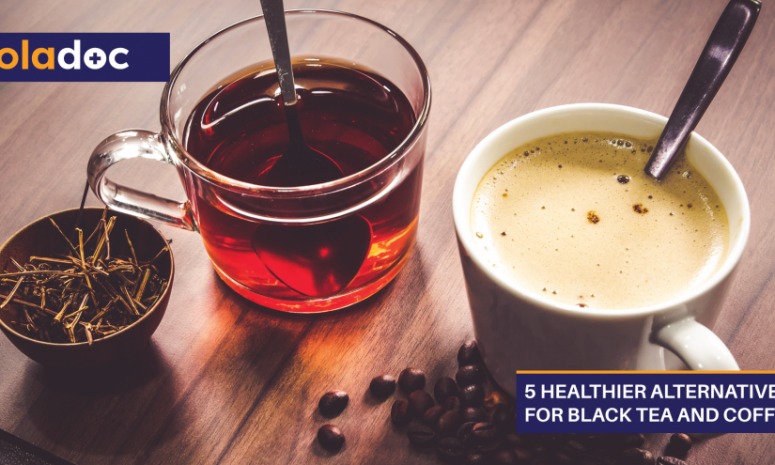 Everyone has a morning ritual.  These morning rituals often also include specific foods or drinks which are considered essential for a productive day. Coffee and tea have become the ‘go to’ morning drinks in almost all parts of the world. This choice also makes sense as both coffee and tea contain caffeine which is a natural brain stimulant and enhance focus and concentration. However, top dietitians in Lahore, Karachi and Islamabad recommend other alternatives.

While the temporary benefits of coffee and tea promise short term productivity, they have some very serious long-term negative effects that outweigh their benefits.

Coffee can create withdrawal like symptoms after every twelve hours and if consumed in large amounts can disturb sleep cycle.

Black tea on the other hand can create gastric problems if consumed in large amounts while withdrawal can create feelings of nausea and headaches. Metabolism is also slowed down by tea which can leave you feeling bloated all the time.

Fortunately, there are alternatives to coffee and black tea which are much healthier and have many long-term benefits. Here are five alternative morning drinks that will leave you feeling fresh and energetic throughout the day.

Green tea is an excellent replacement for black tea. It is widely known for its beneficial effects on the digestive system. It is also a very good remedy for bloating. Apart from digestive benefits, the green tea has antioxidants that can help avoid a wide range of issues including cancer and cardiovascular problems.

The tea made from boiling lemon grass is not only healthy, it also has a very distinct lemony flavor and a fresh fragrance. This tea cannot only enhance immunity, it has also been found to help with the sleep cycle and reduce pain in muscles and bones. It is also speculated to improve mood and relieve stress.

Ginger tea has aroma and a spicy flavor, but its benefits are not limited to flavor. This tea contains antioxidants that not only fight diseases but are known to help maintain a flawless skin. Along with immunity, ginger tea can also help in reducing nausea.

Chamomile tea is a widely used remedy for insomnia. This tea has been proven to have a soothing and calming effect on the nerves which promotes deep and peaceful sleep. A cup at night can make a big difference in the quality of sleep which means enhanced focus and attention during the day. Due to its effect on the nerves, chamomile tea is often suggested to people with anxiety and depression.

White tea is prepared from pre-mature leaves and thus has a mild taste. This tea is filled with antioxidants and is mostly famous for its cancer fighting properties. This tea has the minimum amount of caffeine and has also been found to help avoid cardiovascular diseases.

If you are experiencing health issues because of caffeine and are thinking of shifting to a healthier alternative, consult a dietitian. You can visit our website oladocx.com to book appointments with top dietitians in Islamabad, Lahore and Karachi. You can also  to get directed to the specialists that are suitable for your specific concerns.