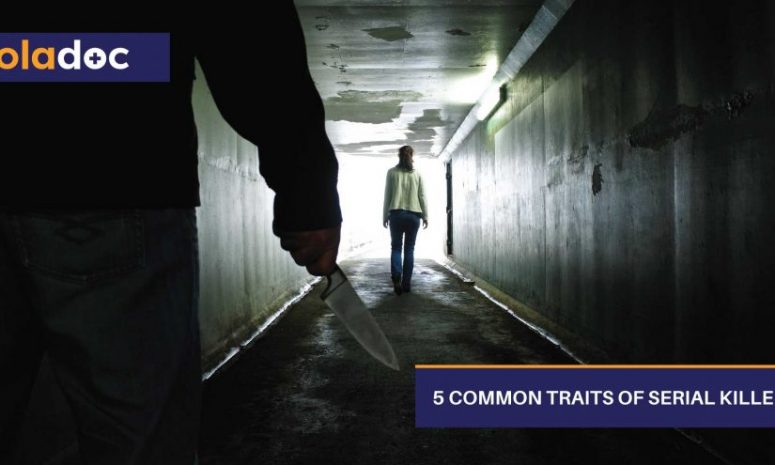 A serial killer is a person who murders three or more people just for the thrill of it. Usually, there is a significant gap between two successive murders, and the primary motive is often nothing more than psychological gratification. Since serial killers typically do not have anything against their victims, the targets are chosen at random.

However, most serial killers share some common traits, which criminologists and psychiatrists have identified and documented. Here are some of them:

Serial killers are usually psychopaths, and their behavior is often antisocial. However, this is not a definitive sign, not everyone who is antisocial is a serial killer. Some other red flags include regression from very social to extremely anti-social.

Serial killers are attracted to power, and they like to have some semblance of control even after they have been caught and the ball is no longer in their court. To exert control over others, they sometimes withhold information to gain attention, exhibit a sense of authority, or to have the upper hand during a situation. For instance, they would often hide the bodies of victims from the police in a bid to assert control and power.

This could be one of the strongest warning signs and should not be taken lightly. Kids who find pleasure in killing or torturing small animals such as birds, squirrels, and cats and have no remorse afterward often turn out to be sociopaths. Since serial killers murder others to have an illusion of controlling other lives, kids get that sense of control by killing small animals. Some serial killers have also been known to collect, dissect, and dismember animals as kids.

In order to hide their sinister personality, serial killers try to come off as vulnerable and show as if they have a need to please. Some of the best known serial killers in the world were very manipulative and knew exactly how to get their way. They are also extremely skilled in manipulating a situation to try to appear innocent and often use trending news or medical psychological studies to back up their claims and justify their actions. For instance, a serial killer who happened to be a doctor, Harold Shipman, abused his position as a medical expert to make his patients opt for treatments that ultimately led to their death.

Just like how a carnivore locks in on its target, serial killers often display the same calm and purposeful behavior. However, unlike predatory animals who kill other animals to satisfy their hunger, serial killers don’t have a legitimate need and usually kill just because of the heck of it. In rare cases, they do it because of a provocation. Someone who has a predatory aggressive personality deems others inferior and doesn’t place any value on the lives of other people. Although they aren’t empathetic, they are very good at pretending that they are.

If you think you or someone you know needs psychological help, visit a specialist doctor. You can book an appointment with a top Psychiatrist in Islamabad, Karachi, and Lahore through oladocx.com. You can also  the RIGHT Doctor for your health concerns.

traits of a serial killer