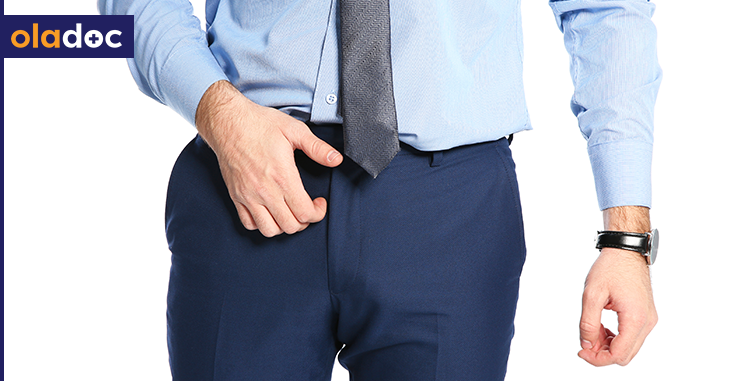 Sexual issues are very tricky to deal with. It is difficult to talk about them, as many people get ashamed of them. Many people conceive any skin rash or reaction on the genitalia due to sexually transmitted diseases, and that adds a layer of shame to it. However, the problem is not as simple, and feeling embarrassed is futile.

It is very important to realize the source and the extent of the problem and seek aid appropriately. One of the common problems that occur in both men and women is that of allergic reactions in the aftermath of sex.

Allergies due to intercourse

Both men and women suffer from a plethora of issues that come with sex. There are different sorts of allergic reactions in both genders. Moreover, there are other variants that lead to the reaction as well; weather, diseases, immune health, etc. are all some of the possible reasons for a post-coital allergic reaction.

Sometimes, the reactions also occur due to bad health and hygiene practices. These can be treated using home remedies. However, others have more deep-rooted causes and hence may require medical intervention. It is best to consult a doctor in either scenario, to rule out more serious problems as untreated allergies can be dangerous.

In men, penis allergy after intercourse has many causes, we have short-listed the common top 5 ones.

Most of the condoms are made of latex or rubber. However, some people experience sensitivity to it and as a result, suffer from contact dermatitis on account of the latex in the condoms.

As a result, they are not able to use condoms. Unlike a severe allergic reaction, contact dermatitis causes a reaction a few hours after intercourse. It can manifest after a whole day even.

The common symptoms associated with contact dermatitis include; irritation, redness, itching, etc. Moreover, the allergy can also occur to due contact with spermicide, which is a type of contraceptive lubricant that kills the sperms.

2. Allergy to the latex

Latex condoms are very common and very convenient. Not only condoms are effective birth control, but they are also the only contraceptives that are also effectual in preventing sexually transmitted diseases.

However, some people are allergic to latex. The penis allergy after intercourse due to latex also carries the characteristic signs of an allergic reaction experienced elsewhere in the body. These include watery eyes, runny nose, difficulty breathing, or the feeling of the throat closing up, coughing, etc.

There are hypoallergenic latex condoms that do contain less rubber, the primary allergenic. However, if someone has an allergy, they should still be cautious of even the hypoallergenic ones as well. There are also synthetic condoms available now and should be resorted to instead.

3. Extreme reaction to the feminine products

At times, penis allergy after intercourse occurs due to exposure to certain feminine products. There are many female hygiene products and other paraphrenia that women may use and can cause an allergic reaction in men.

When the penis gets in contact with these products, the skin can get irritated which may lead to a rash-like appearance as well. Products that can be the culprits include; powders, especially scented ones, lotions and creams, certain lubrication products, etc. Anaphylactic reactions to these products are really bad and merit an immediate visit to the hospital.

Everyone has been warned of the sexually transmitted diseases and infections, and rightly so. Penis allergy after the intercourse is also common when in the case of STIs as well. Many times, the infection does not have discernible symptoms until after too long. However, some people do get a perceptible allergic reaction like itching.

Other symptoms to watch out for in case of STIs are; pain during urination and sex, odd yellowish colored discharge, rash and redness on the penis, pain that radiates all the way to the rectum. STIs also cause pain in the penis otherwise as well. Furthermore, other symptoms that are common during sexually transmitted infections include sores, warts, and ridges, etc.

Some of the STIs that cause such symptoms and should be hence watched out include; herpes, syphilis, gonorrhea, chlamydia, etc. It is very important to have oneself checked as soon as one suspects STIs, as left untreated, they can be very dangerous for the health, and they do need medical intervention as OTC treatment is not sufficient.

Vaginal thrush is common in women, but the yeast infection plagues men just the same. Caused by the yeast Candida Albicans, the thrush results in the tip of the penis becoming itchy and inflamed.  Other symptoms that accompany this condition include rashes, redness of the skin, anomalous discharge. The discomfort is also present during urination and sex as well.

Men can get the thrush on their own accord as well. Men with lowered immunity are vulnerable to yeast infection, as the body is unable to fight the pathogens. Likewise, any condition and disease like diabetes that compromises immunity also lead to an increased probability of getting the thrush.

Moreover, if the good bacteria are lacking in the body, the pathogens have an easier time gaining access to the body. Hence, when men take too many antibiotics, they run the risk of having candida infections.  Bad hygiene practices also make men more susceptible to infection.

However, at times, thrush can also be transmitted. Penis allergy after intercourse can occur due to vaginal sex with someone who has the thrush which then gets sexually transmitted.

Allergic reactions should never be taken lightly, as in extreme cases, they may even lead to death! You should thus visit a sexologist if you are having a penile allergy. You can book an appointment with a top sexologist in Lahore, Karachi, and Islamabad via oladocx.com