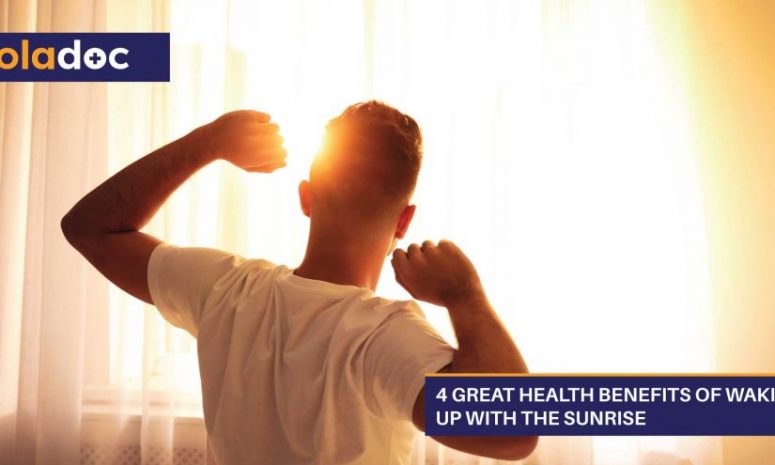 Thanks to our obsession with electronic devices and the 24/7 connectivity to the internet, going to bed on time and waking up early has become nearly impossible. Most of us sleep in for as long as possible, without realizing the medical benefits of aligning ourselves with nature’s clock.

According to top nutritionists in Lahore, early risers are usually more proactive and productive, and they also have more energy in the morning.

When you wake up with the sunrise, your body gets a chance to wake up gradually, as opposed to waking up abruptly like most of us do. Here are some health benefits of getting up earlier:

Early morning light affects the hormones that are responsible for regulating metabolism and appetite. Moreover, the morning sunshine also regulates the body’s internal clock, which is also called circadian rhythm, and melatonin production. The morning light also boosts the production of certain helpful hormones, such as cortisol, which in turn rebalances melatonin, the sleep hormone. This means you will be able to sleep better at night. Other benefits include efficient calorie burning and less inflammation.

Breakfast is the most important meal of the day and a lot of us skip it because we don’t have time. This often prompts us to make unhealthy choices later in the day because of the lack of energy, such as having sugar snacks or a heavy lunch. Our body requires nutrients in the morning to replenish itself and help us remain energized and focus. When we are sleeping, we go without food for up to 8 hours, which is a long period. When we don’t eat breakfast, our body enters the starvation mode, and this is what prompts us to gorge on unhealthy foods.

It has been observed that students who get up earlier score higher grades in school. An irregular sleeping schedule affects the body, which can also influence the cognitive function.

According to University of Toronto research, there is a link between waking up early and positive emotion. A person who doesn’t get an adequate amount of sleep at night wakes up tired, and this often translates into a bad mood and lower levels of positivity. While social obligations may keep people up at night, school or work obligations require them to get up earlier. This means that people often don’t get an adequate amount of sleep during the work week. This makes them less cheerful and reduces their energy levels as well.

While a lot of people willfully have irregular sleeping schedules, some people find it difficult to sleep at night because medical issues they might not be aware of such as sleep apnea, asthma, chronic pain, and depression. That is why it is important to consult a doctor if you find it difficult to fall asleep or remain asleep.

You can find and book an appointment with top nutritionists in Karachi, Lahore,  and Islamabad through oladocx.com.

waking up at sunrise